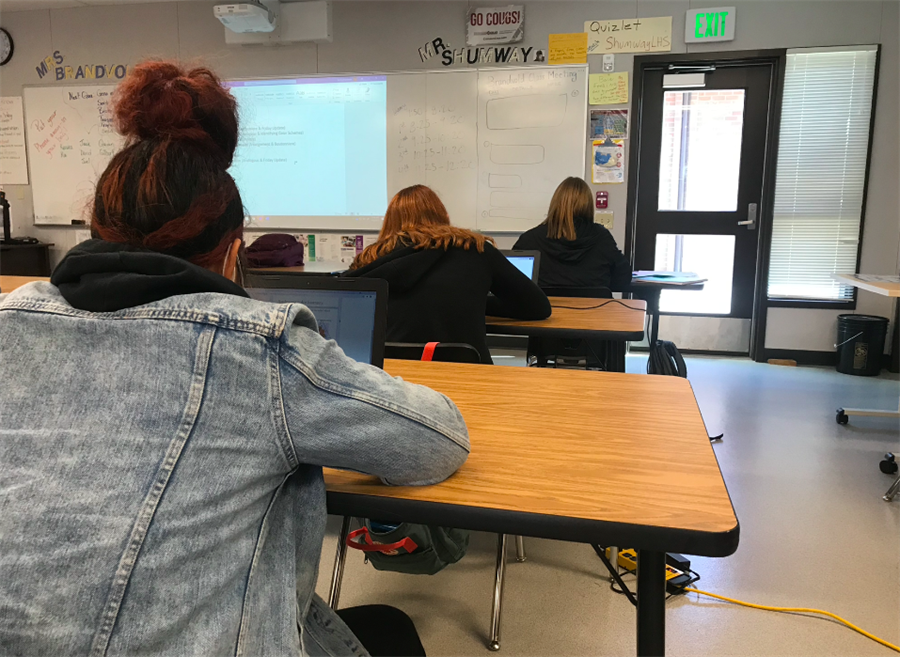 Building strong connections to peers and staff gives students a key tool to academic success. Lynden High School has targeted its Advisory time to help with those connections.

The Advisory program, which operates as a homeroom-style offering for students, giving them a short period each of their on-campus days to connect with the same students and teacher, now has a strong concentration on relationships, academic success, post-secondary planning and social-emotional learning.

David Kish, assistant principal, says that historically developing a strong student-staff relationship in high school was a challenge due to the constant flow of students and courses. Add in no consistent program for monitoring academic success, planning for graduation and beyond or for students to experience student leadership and learn about social-emotional learning and staff knew taking the Advisory time and building an emphasis on those areas offers students new perspectives.

Lynden adopted the Character Strong curriculum, developed in Washington and used nationally, to help offer a school-wide program for all students with consistent themes for each grade level. The Advisory also allows students to work on their High School and Beyond Plan to help prepare them for post-secondary choices and keep them on track academically.

“Although we are still in our first year of implementation during a pandemic, we surveyed the students in September and February and have seen some positive trends in the data,” Kish says. Students have increased their connection to staff, to other students and feel they belong at LHS more. They also overwhelming favor the Advisory period.

The Advisory groups were formed by grade level and each class of students will remain together through their time at Lynden High School, staying connected to the same teacher along the way.

“The consistency of groupings allows students and staff to develop a four-year connection with each other,” Kish says. “This staff member meets with them weekly over their high school career while helping monitor their success and needs during that time. It also allows the students in that advisory group to develop strong relationships with each other and, in many cases, with students that they may not have known or interacted with previously.”

Kish says the hopes for the program moving forward include the fostering of positive relationships, implementing a post-secondary plan and working on the soft skills of success through social-emotional learning. “We believe,” he says, “this will lead to improved academic success and graduation rates for all students as well as increased success after they graduate.”