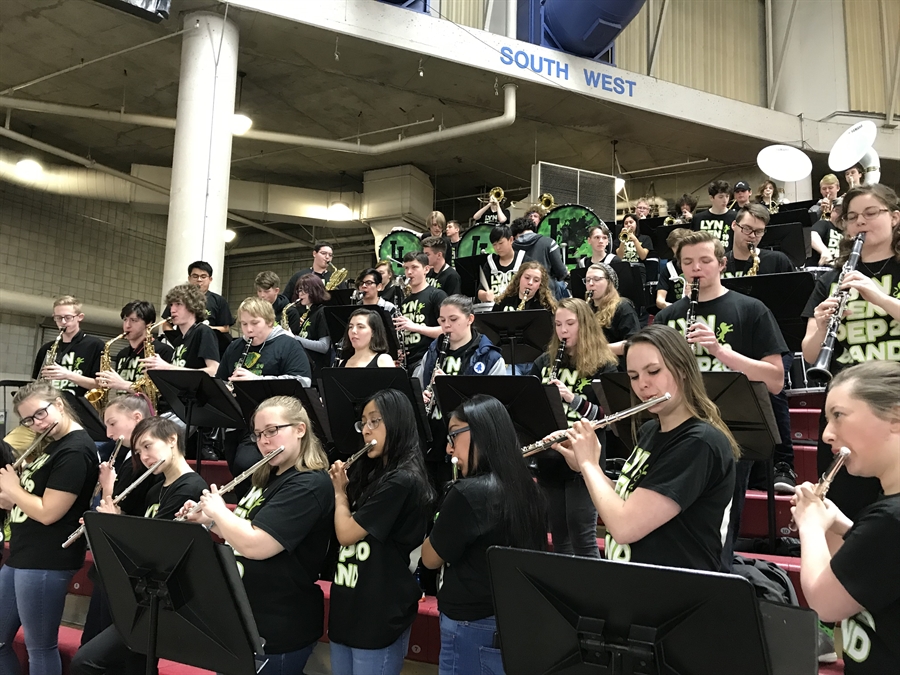 As Lynden Schools seniors saw their school year end prematurely, that included the loss of their final opportunity to participate in spring activities. This series recognizes the seniors across a variety of activities, with this post focusing on band.

Gone is the chance for seniors in the Lynden band to perform in their last concert, march in their final parade or bask in the awards that cap a school year.

“This group was very fun to work with,” says Trevor Galligan, Lynden band director. “They are great individuals who are going to do well in life.”

Galligan says he was proud of the band members who joined together for the LHS Pep Band, performing at the 2A State Basketball Tournament in Yakima the first weekend in March. “They were there to help the band blast away at state,” he says. “These students will be missed.”

At the final award event previously planned for the band, Galligan says Blade Johnson was slated to earn the Student Leadership Award. “Blade always showed a top level of dedication to the program,” Galligan says. “Not only is he an extremely talented percussionist and bass player, but he is quick to help others in the room. Blade often helped set up for concerts, even if he didn’t have to. He was a great teacher to underclassmen percussionists as well. Blade’s character wore off on others and created a great dynamic in band.”