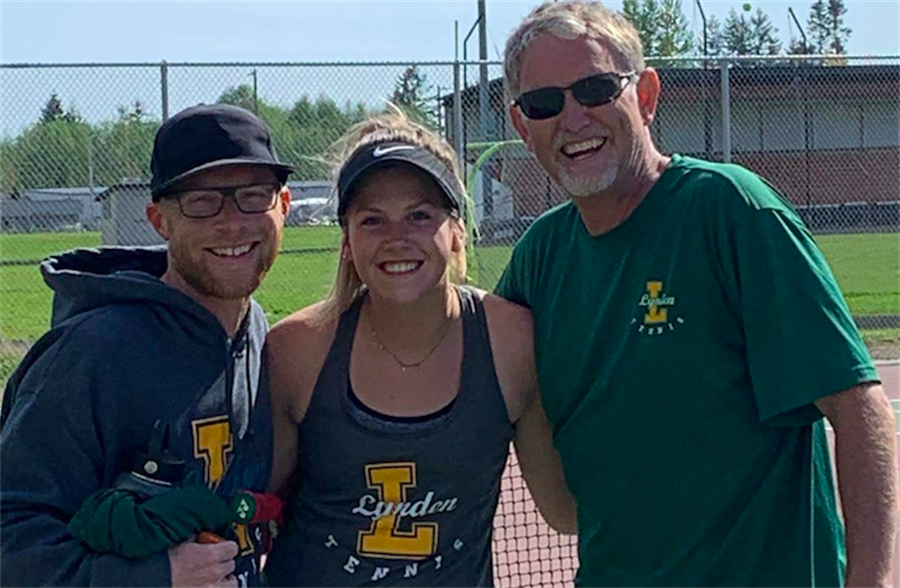 Senior Spotlight: Brenna VanderYacht on the Tennis Season that Wasn’t

As Lynden Schools seniors saw their school year end prematurely, that included the loss of their final opportunity to participate in spring activities. This series recognizes the seniors across a variety of activities, with this post focusing on girls tennis.

Brenna VanderYacht had worked her way into one of the top singles tennis players in the Northwest Conference and District 1, positioned to lead the Lions program while looking to earn a coveted spot at the 2A State Tournament. With that chance gone, VanderYacht knows that the lost season of tennis is about more than matches not played.

“I trained hard in the offseason, competing in tournaments in surrounding states and I even ran cross country for the first time to stay in shape,” she says. “I had a lot of goals for myself, including making it to state, but unfortunately that’s just not in the plans this year.”

Trey Ballard, tennis coach, says VanderYacht’s dedication to the game of tennis has shown in her growth over her Lynden career, culminating at the start of this season. “Her commitment was evident the first week of practice before the COVID-19 shutdown,” Ballard says. “She was dominating the drills, focusing on new strategies and ball placement. It was obvious the amount of time she had put in in the offseason had paid off. We will never know how far she would have made it this year, but at least we can follow her college tennis career at George Fox University next year.”

VanderYacht says Lynden tennis kicked off her passion for the sport, which will continue next season at the university outside of Portland. She came to the sport as a freshman with no previous experience and “immediately feel in love with it.” She credits the coaches for wanting the “best for each individual player and creating an atmosphere where everyone is welcome, no matter their skill level,” she says. “They foster an environment that goes way beyond tennis and I have learned many life lessons for on and off the court.”

The disappointment of missing her senior season extends to the rest of the seniors on the team, along with the remainder of non-seniors. “Our team was looking the best we have in a long time and we had a good chance of doing really well,” VanderYacht says. “As unfortunate as it is that I won’t get to close this chapter as an athlete, I wish the best for my teammates next season and know they are going to do great things.”

Other seniors who were on Lynden girls tennis squad include Jada Biesheuval, Alexa Powell, Avery Blankers and Cassie Abitia.