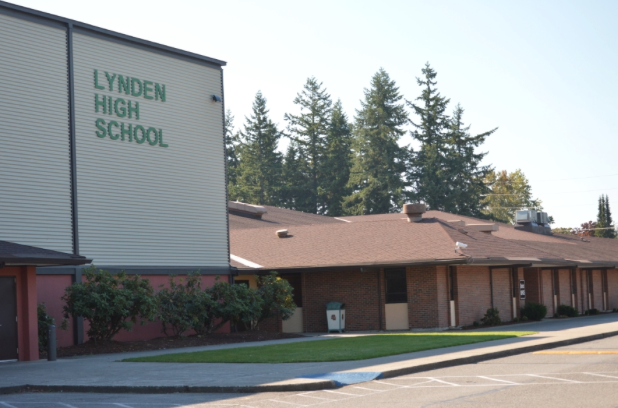 Already some of the drab paint on the walls in Lynden High School restrooms have received a freshening, just the precursor to plans to place inspirational quotes on restroom walls throughout the high school.

The effort, led by volunteer parents, aims to create a welcoming environment full of encouragement.

“When you first walk in those bathrooms,” says volunteer Emily Earhart about the restrooms near the library, “there is a big empty wall right in front. It will be the first thing you see, the quote ‘You are Enough.’”

Once visitors to the restroom go around the corner and enter the restroom, there will be more quotes about being kind, confident, smart, funny and being you. The group of moms behind this project also plans to toss some glitter into a quote about not letting anyone dull your sparkle. And that’s just the girls’ restroom. The group is also sprucing up the boys’ bathroom, using quotes about strength lifting others up instead of pushing them down and another about how doubts kill more dreams than failure ever will.

“We will gear the high school bathrooms more toward adults and leadership,” Earhart says.

The project started with an idea from Haleigh Tjoelker and Earhart and gained approval in 2018. But it took some time to get it off the ground. With administration approval, Earhart and Tjoelker created a group of about five volunteer moms to gather in October to paint the first two bathrooms — the boys’ and girls’ restrooms near the library at the high school — with a fresh coat during a Monday teacher workday.

From there, though, the project may continue. “Once we are done,” Earhart says, “I hope to set up a meeting with the elementary schools and sit down with the principals to hopefully do those next.”

While the first painting day had a bit of a learning curve in getting everything set up and planned, Earhart hopes they can streamline the efforts moving forward, from selecting the right paint to getting the project finished quicker. As more people show interest in getting involved, they can also move quicker through project, possibly adding framed posters on the inside of stalls and other ways to provide personality to the spaces.

“That is all the ultimate goal,” she says, “but right now it is just the panting.”

For information about helping in the effort, contact Earhart at emily0016—@hotmail.com with the word “painting” in the subject line.