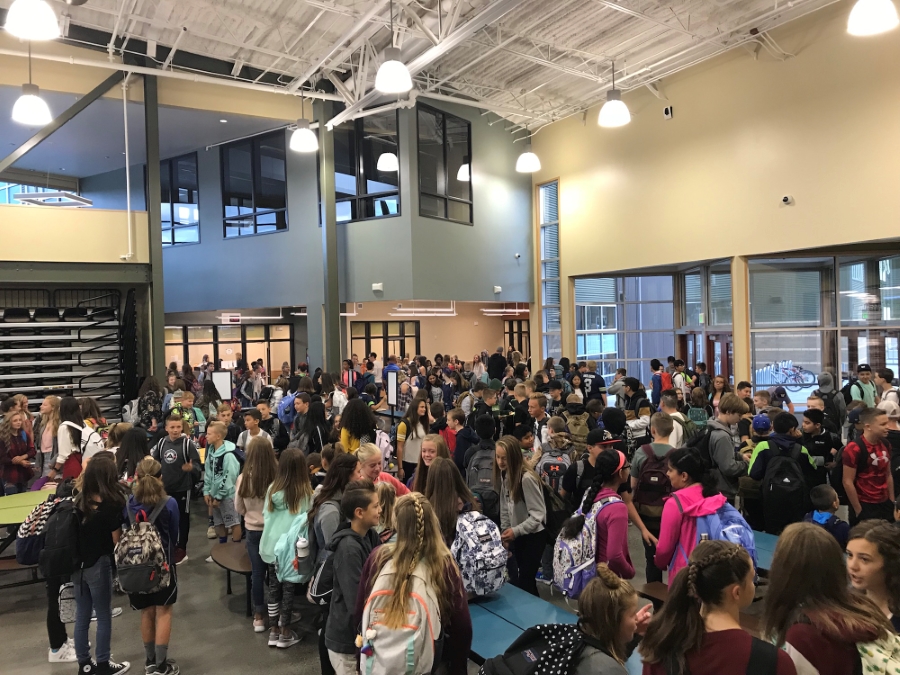 The success of a bond

Venture past the new Lynden Middle School on Line Road or the completely new Fisher Elementary School on 14thStreet and the success of the Lynden Schools bond shows vibrantly. But along with two brand-new schools to replace aging and vulnerable structures, the list of positives within the district thanks to the community’s support of the bond continues on.

As the finishing work on all things bond wrap up — Fisher Elementary is now fully complete and general construction at LMS is wrapped up, even with a few small outdoor items left to finish — Lynden Schools can reflect back on the benefits of a $48 million bond that brought in all the promised amenities on budget, even allowing for a few extras across the district.

First, though, came the Fisher Elementary School build. Due to a successful bidding process, Lynden Schools was able to add four additional classrooms to the original plan, about 6,000 square feet of space, allowing for a small buffer as enrollment grows. With the one-year warranty period on the building now complete, Fisher has turned fully to Lynden Schools for maintenance.

At the new Lynden Middle School, general construction has wrapped up. But a small bit of work still remains. Expect to see new backstops and dugouts for the baseball and softball fields, a drainage trench for the south field, a few items on the punch list, black-out shades for emergency lockdown and additional storage for physical education classes and athletics. As with Fisher, the LMS project added four additional classrooms, about 8,000 square feet, after the initial plan thanks to a competitive bid process.

“The difference in the learning environment for kids is significant as each school has loads of natural daylight, learning spaces that support whole group, small group and breakout space,” says Jim Frey, superintendent. “Each school provides space conducive for adult and student collaboration and incorporates classroom technology that enhances learning. Both Fisher and LMS are well built and functionable and will serve our community well for the next 50 years.”

Along the way, the district still has about $100,000 for abatement and demolition of portions of the old Lynden Middle School building on Main Street as it prepares to remodel and repurpose this facility for district offices and preschool classrooms. By moving the district office to the old LMS site, it will free space at the overcrowded Lynden High School.

Along with LMS and Fisher, thanks in part to competitive bids, state matching funds of $20.6 million and proper management of contracts, Lynden Schools was able to add about $2 million worth of projects around the district.

“Adding to a construction project is not something that happens often,” says Frey. “We were able to stretch our dollars and add safety-related measures at Fisher by separating the bus loop and student drop-off and pick-up. In addition, four classrooms and support space were added to the overall square footage at Fisher. At LMS tennis courts were added as well as four additional classrooms, along with support space. Our ability to add classroom space at each school will reduce our need for portable classrooms over the next 15 years as capacity was increased by approximately 100 students.”

“Being entrusted with public funds for schools is an awesome responsibility,” Frey says. “Managing those funds to deliver on the promise to build two new schools is an important factor in the trust that goes along with a public project. At the beginning of the project we were faced with accelerating construction costs and were concerned that we would need to reduce some of the scope. However, due to favorable bidding and construction scheduled on the middle school project and only a slight increase to the Fisher project, the cost of both projects together came in under budget. This enabled us to add components that improved both schools beyond what we had originally planned.”

Frey says that working on behalf of the Lynden community to construct the new schools was a privilege. “All our schools serve as a community resource,” he says, “and I know our kids will benefit from the excellent learning space they experience every day.”